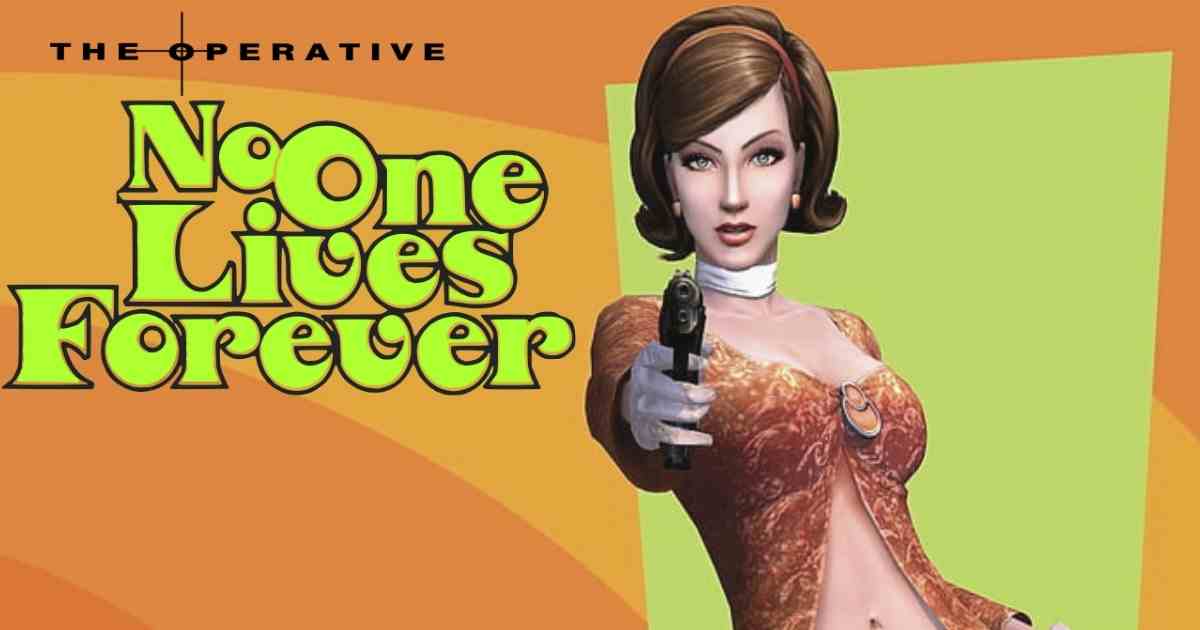 No One Lives Forever is a classic FPS game released by Monolith Productions in the year 2000,  that had received so much attention and awe back in the days.

This game is so much fun. It has a unique story and game design, that it has garnered a cult following over the years since its release.

NOLF is a spy game with a serious story with so many funny undertones like the Marvel movies, where you get comedy thrown at you when you least expect it.

The unique characters, the story progression, the cutscenes, the funny dialogues, all make you feel as if you are actually playing a well written, well-produced movie.

Despite having a long gameplay duration, there is hardly any monotony or repetition and you get totally immersed in the story that keeps you hooked throughout.

The game’s theme is based on the 60s-80s spy movies. It’s a mix between serious action James Bond movies to the totally funny Austin Powers.

NOLF blends style, personality and substance so well, we wouldn’t be able to tell what was our favourite part.

Even the game music felt so appropriate, the soundtracks had a particular signature that always gave us the feeling that we are in the middle of a 1960 spy flick and it matched the air and ambience of the game design so well.

You get to play Agent Cate Archer in No One Lives Forever. She is a talented and cunning special agent who works at a secret Intelligence Organization known as ‘UNITY’.

As the game is set in the 60s, Agent Archer has to deal with a lot of obvious misogyny from her male counterparts and even the villains.

We find a lot of instances where Cate Archer deals with the misogyny and responds to them with a feministic sass.

Bruno Lawrie is the mentor of Cate Archer and he is the one who inducted Cate into the organization, ‘UNITY’ after she cleverly stole his wallet during her yesteryears as a cat burglar. He was impressed with her skills to avoid detection and thought she could become a good spy.

Bruno himself is an accomplished agent of UNITY and helps Cate in her missions in the game.

Mr.Smith (left), is the sub-director and 2nd in order in the organization, 'Unity'. Without giving away any spoilers, he is more than what we get to know him.

Throughout the game we see him to be at odds with Cate Archer and even ridicules her by saying that she was given the assignments because no one else was available.

Mr.Jones (right), is the head of UNITY. Unlike Mr.Smith, he is a soft-spoken, likeable character in NOLF.

He is supportive of Cate and helps her throughout to win the missions.

The main villains operate under a terrorist organization aptly named ' H.A.R.M. '. We encounter these villains at different missions in the game.

H.A.R.M.'s only objective is to conquer the world by entrapping all governments within their control. Their presence is shown around the world in the game, with the influence of different antagonists at different locations.

The storyline of the game is that UNITY’s agents are killed one by one by unknown assassins. Later, it’s revealed that all of these assassins worked for the terrorist organization ‘H.A.R.M.’

and that HARM is plotting to release a chemical weapon to the world.

Cate stops their plans of destroying the world by getting an antidote for this chemical weapon from space.

The story would sound ludicrous but hey, NOLF is meant to be a half-serious, funny spy game and it delivers that to the fullest.

The gameplay takes you to moments where you find yourself jumping out of an exploding plane without a parachute whilst engaging in a gun battle with HARM’s operatives.

Another moment would be a mission just interviewing a pretentious billionaire and in the next, you are diving into the ocean with sharks and enemy scuba divers to search a sunken freighter ship.

One mission takes you to a moving train in search of an enemy spy and in the next mission, you may find yourself in a high-speed snowmobile chase or in a helicopter chasing the main villain.

One mission takes you to a tropical jungle island to infiltrate a secret orbital launch base and in the next, you find yourself in space onboard a space station with neon light-themed discos and gunfight with enemy astronauts.

This diversity of missions in this game is ever long and I can keep going.

This is the best thing about playing No One Lives Forever, you never know where you end up!

Gadgets in No One Lives Forever

How can it be a spy thriller game without top-secret gadgets that let you tackle the mission's different objectives!

Be it infiltration, stealth, recon, coverup or decoy, NOLF has you covered.

The gadgets are made by a character called Santa who works with UNITY in its 'Toymaker Division'.

These outlandish gadgets let you win obstacles in the missions and the way they are used is totally apt to the theme of the game.

The Barrette gadget, as its name suggests is a hair accessory but in the game, it is used to pick locks and also to slash enemies with its poisoned tip.

The Belt Buckle is a Zip-Line gadget in No One Lives Forever. It can be used to climb tall towers or skip to side buildings by shooting a metal cable that clasps onto a hook, which then automatically pulls Cate to the spot.

The Perfume gadget is of three types. One that puts enemies to sleep, one that stuns them ( by releasing a chemical that flashes bright light, much like a flash grenade), and one that poisons them.

These are very effective for stealth offensive gameplay.

The Body Remover / Decay tool is used to dissolve enemy dead bodies to clean up your tracks. This way, the other enemies are not alerted and you can be undercover while you complete the mission. It's an effective tool for stealth gameplay.

The Camera Disabler is a gadget used in No One Lives Forever to disable camera surveillance.

If a camera catches Cate in its view, the green light on it turns red and within a few seconds, the alarm is triggered alerting the enemy operatives about Cate's presence. By attaching this gadget to the camera, it automatically shows an empty room to the enemy operatives.

This way Cate can move along without detection. It's a highly effective gadget for stealth.

The Cigarette Lighter gadget is a gas-cutter gadget used to break open locks by cutting them with a high-intensity flame.

It can also be used to ignite flammable substances like paper, or a barrel of oil.

Code Breakers are used to hack locks that need a passcode to be opened. These are highly effective to break into high-security classified areas of the enemy camp.

Lipstick Explosive is a gadget in No one lives forever. It's a disguised mini grenade that is triggered by pressing on the top of the stick.

It is used to take out multiple targets, at once, in close range. It also comes in a sticky variant, which can be thrown at walls where it sticks and explodes when enemies approach its vicinity.

These are funny tactical weapons, very much in line with the theme of the game.

The P-421 Canine Persuader is a robotic poodle gadget used to distract enemy dogs. If an enemy dog catches you lurking, it starts to bark and the enemies are alerted. This gadget can be used in such situations where you want to distract the dogs and pass them by undetected.

The Spy Goggles are used as a camera to take pictures of evidence and classified information. Later in the game, the spy glasses are upgraded to detect infrared laser beams and also to detect hidden mines.

These are very handy to subvert enemy detection systems and helps in stealth gameplay.

The music of No One Lives Forever was composed by Guy Whitmore. The theme music of this game needs a special mention as it has done a tremendous job of giving NOLF its signature sound.

The music suits the personality of Cate Archer very well. It's easy to imagine a total badass covert spy when you listen to the music.

The BGM we hear during gameplay is just as good. It does the job of maintaining the tension and curiosity of the gameplay really well.

The gameplay is already amazing, the music complements it so damn well. Listen!

Overall, NOLF is simply an awesome game, the story, the characters, the dialogues, the gameplay, every part of the game is just so good.

NOLF is a game that is re-playable even today. The game is so well made that you wouldn't believe this game was released 21 years ago.

If you haven't played this already, try and find a copy of the game and give it a go. You would be surprised you missed it for so long. 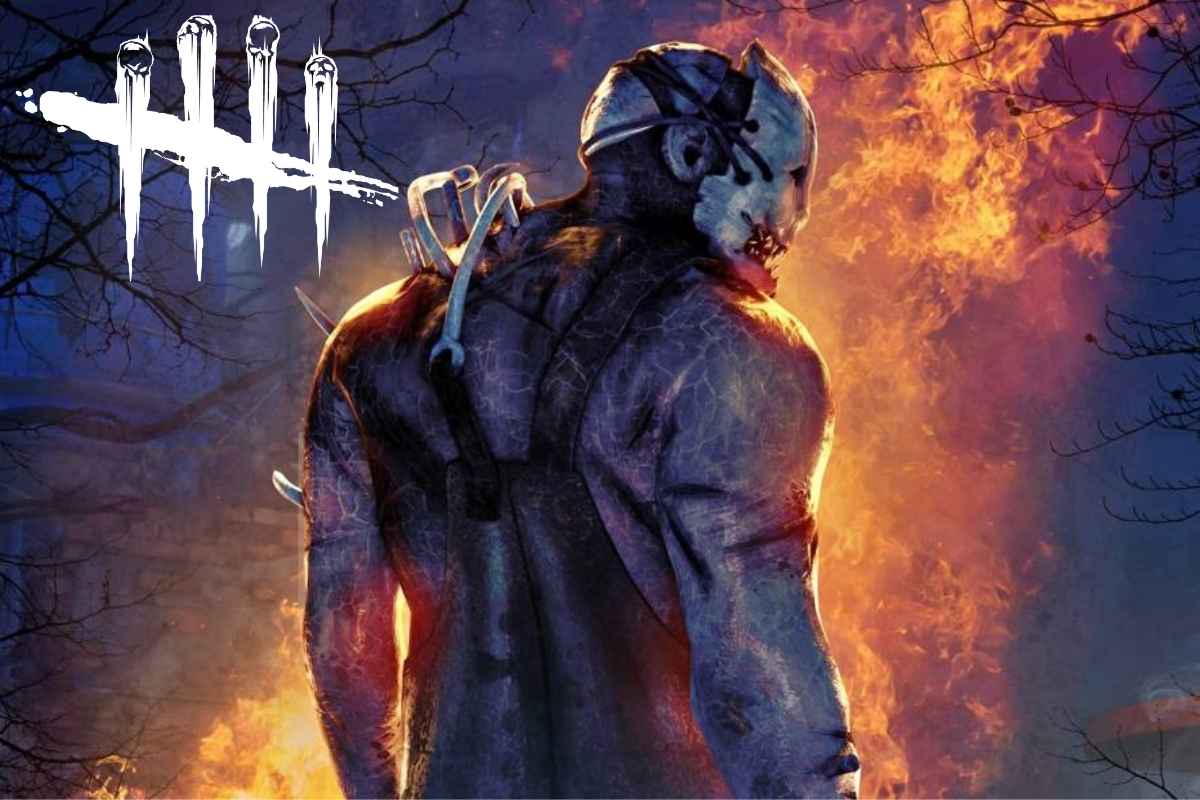 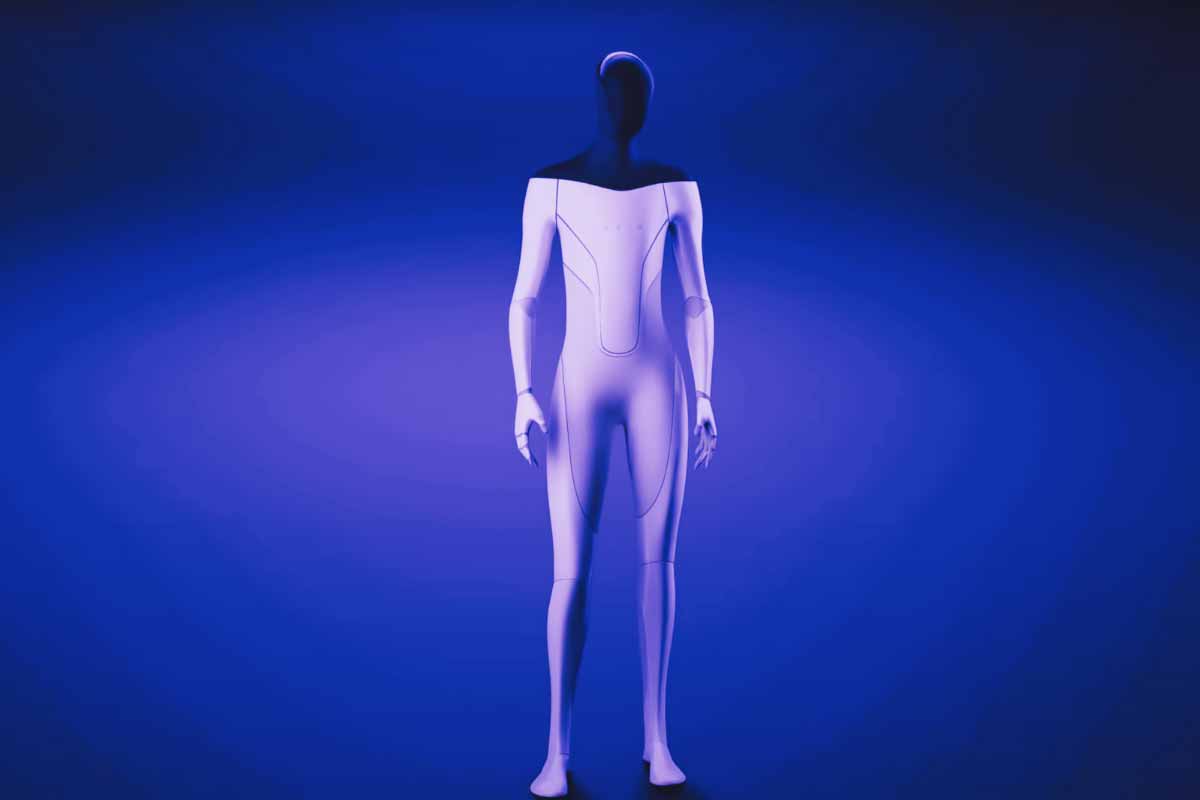 4
min Read
Join Our Newsletter and Get the Latest
Posts to Your Inbox
Thanks for signing up. Welcome to the Club!
Oops! Something went wrong while submitting your email.