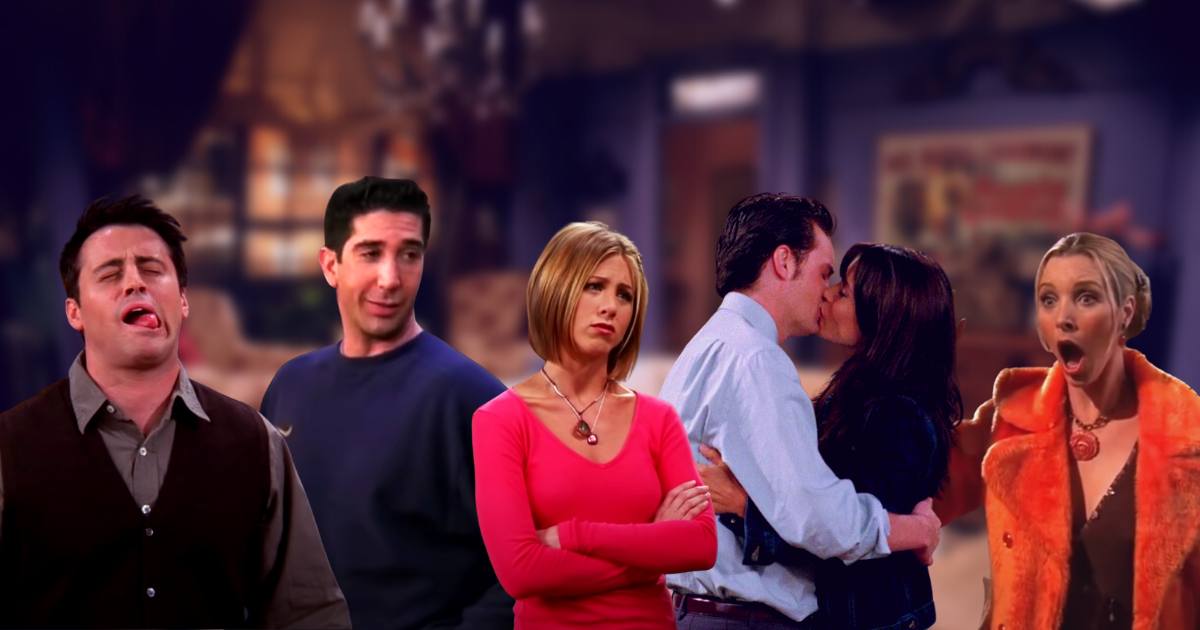 riends is one of the most popular shows to ever air on TV. Even after all these years since it started in 1994, the show continues to be a hot topic and is still widely popular across all age groups, even the Gen-Zs like them, and we know they are tough to entertain!

There are countless moments in the show that gets us laughing our bellies out, and they have been discussed in detail in many articles before.

We have compiled a list of these scenes. Do let us know if you agree with this list.

Chandler wants to break up, but he would instead fly to Yemen than tell Janice the truth

Chandler is having a hard time breaking up with Janice. One might say he would instead run away than confront the ugly phase of a breakup with Janice.

He decides on another tactic - telling her that he will be gone to Yemen for a few months. The idea is that she would stop pursuing him when it became clear where his new destination would be Yemen!

Unfortunately, as soon as Chandler says this, Janice, as clingy as she is, seems to want to spend every bit of the remaining time with Chandler.

Chandler says he will be gone within a day to get over the breakup at the earliest.

He just expected her to leave him at this point, but she stayed back to pack and even drop Chandler at the airport.

Chandler tries to buy a fake ticket to Yemen to keep up what seems like an exhausting charade, but when the airline staff refuses to play along, Chandler is left with no other choice but to buy an actual ticket.

Chandler thought it would be the end of it once he passed the boarding check for the flight. He goes in the gate, immediately turns around, and returns, hoping Janice would have left by then.

This scene is so funny in an ironic way, and Chandler goes through all this trouble just to avoid confronting Janice with a breakup. Weirdly, he would instead pack all of his stuff, go to the airport, and even buy an expensive ticket rather than tell her the truth.

We all expected at that moment that Chandler would have at least told her the truth instead of flying to Yemen.

But did we get that wrong? haha

Chandler finally flew to Yemen and avoided a breakup with Janice.

He probably returned on the earliest flight back home or stayed with the Yemeni woman we see at the end of the scene for a few days and then returned.

This scene is one of the most underrated funny scenes in Friends.

Ross and Chandler's story of their first kiss with Rachel

Ross and Chandler attended a college reunion party where they talked about their first year of college, 1987.

Chandler tells Ross an untold secret that he had kissed Rachel at that college party, which upsets Ross because it was the night he first kissed her, too, or so he thought.

Ross was not happy to hear this news, and later at Monica and Chandler's apartment, they told Monica that Rachel had kissed both of them at the party.

When Ross said the kiss happened on his bed where Rachel was lying under a pile of coats.

Chandler reveals he put Rachel on his bed, causing all hell to break loose because, at that point, Monica realized that she was on Ross's bed that night and that she was  the 'pile of coats' Ross had been talking about, and her heart sank.

Chandler's funniest moment in the episode comes when he yells out, "What did I marry into!?"

Rachel leaves Barry before her wedding and walks into Central Perk

Another one of the most underrated yet funny scenes in the show Friends is when, in the first episode of Friends, Ross was upset about his divorce from Carol. He then says that he wants to marry someone. Just at that moment, Rachel walks in her bridal dress. The funny moment comes here when Chandler seeing the coincidence, says, "and I want a million dollars!" in his usual sarcastic tone looking towards the door as if he expected cash to just fly in.

Rachel had just run away from her marriage with Barry and came into Central Perk looking for Monica, with whom she was friends in their childhood.

This scene is funny in so many ways. It sets the tone of the characters of Ross being a whiny yet lovable person who always wants to be in a relationship, and Chandler, the funny guy who can crack a joke or a sarcastic comment anytime, especially when the situation seems dull.

A cheesecake was accidentally delivered to Chandler's place. He tastes the cake and finds it delicious. Rachel walks in; he lets her have a taste of it, too, knowing well the cake doesn't belong to him.

They find that the cake came from 'Mama's Little Bakery.' They loved the cheesecake and thought it was the best they had ever tasted.

They find another cheesecake delivered again to Chandler's door the next day. But this time, they decide to do the right thing, and they take the cake to the correct address and place it in front of the door even when they wanted just to open the case and eat it all up.

Later, when they come back, they find the cake still untouched.

When Chandler finds Rachel eating the cheesecake without him, he feels a bit betrayed. They fight over it and then decide to split it in half.

When Rachel tries to take her half to her apartment, she drops it on the floor in the hallway. Chandler, amused at this, mocks her mishap. Rachel drops Chandler's piece on the floor too.

In the next scene, Chandler and Rachel are huddled on the floor trying to eat parts of the cake when Joey walks in.

Then comes the funniest part!

Who walks around with a spoon in their coat? Joey pulls out a spoon from his jacket and joins them eating off the floor.

This is an amusing scene in Friends but isn't talked about as much.

Joey appears on the game show Pyramid as a celebrity guest

One of the funniest yet underrated scenes in Friends comes in the episode,' The One Where the Stripper Cries'

Joey comes in as a celebrity guest on the TV show Pyramid in this episode.

Joey isn't the best person to be on a trivia night team or pair up on Pyramid.

Joey pairs up with Gene Lester - who's desperate for cash because he can no longer afford his child's college tuition and has knee surgery coming up, both for which he needs to win this game.

While Joey was surely never going to be the most brilliant contestant on Pyramids, he went further to make us laugh at his stupidity.

Though He managed to get a few correct answers in the last round, he screwed up in describing pretty much everything else.

It's just hilarious to watch Joey guess the same answer "paper, snow, a ghost!" whenever Gene said 'it's white' on the guessing game.

We can't but laugh at that; this scene was so funny.

Then Gene started listing the names of the supermodels,  for which Joey's reply was "Girls Chandler could never get!?"

No one expected a Chandler joke at that instance and it was just so funny.

Ross apologizes to a Cat

A cat comes and lies in Phoebe's guitar case lined with orange felt.

Phoebe picks the Cat and tells everyone she thinks the Cat is her mother.

The unbelievable thing about this is that Phoebe believes it's her mother and makes up ridiculous reasons she thinks so, despite the feline being male!

Although none of his friends believe Phoebe's story, Ross is the one who voices out how crazy and outrageous she sounds.

Later, Rachel finds a poster of Julio - another missing cat by the name- which matches up precisely with the Cat that Phoebe finds.

But no one in the group wants to tell Phoebe the news and break the moments she thinks she is having with her mom.

Ross trusts the guys to tell Phoebe about Julio later, but they all fail as Phoebe is thrilled with this Cat and wants to keep it.

Later in the apartment, Ross is angered when he learns that Phoebe still doesn't know about the Cat.

He takes matters into his own hands and tells Phoebe that she is behaving childishly, not realizing how it will make her feel.

Phoebe lays down the cat and then asks Ross why he is always trying to be right and why he could not support her seemingly childish behavior just for her happiness. Ross is embarrassed at that reply.

When he's embarrassed by what she says, Rachel suggests that Ross apologize directly to Julio- knowing his hate for dealing with non-sensical situations.

Ross apologizes to the Cat for being a jerk just to see Phoebe smile.

This scene was one of the sweetest moments in Friends and was equally funny.

Monica and Rachel lose the apartment to Chandler and Joey

In season 4, episode 12 titled, 'The One with The Embryos'

The game ended up turning into an intense quiz game hosted by Ross.

Ross made cards with questions on them. They play, and it turns into a tense match between these teams.

It ends up in a tie, so they go to the lightning round.

Ross gives each team 30 seconds to answer as many questions as possible about the other team.

Chandler and Joey do well in the lightning round and answer 4 out 5 questions correctly, only getting it wrong to Ross's question "In what part of the body did Monica get a pencil stuck at age 14?"

Next was Rachel and Monica's turn for the lightning round. They needed to get 5 correct to win the game, but they only could get 3 out of 5 correct, which meant the guys won the bet and the apartment.

Although this episode is one of the favorites of every Friends fan, I feel this episode needs more credit than it already does because there are many moments we can laugh in this episode. There is an element of suspense, which makes this episode very special.

It continues to amaze me how this show is very relatable even today. This is a feat not achieved by many shows and movies.

The TV show Friends thus holds a special place in our hearts.

If you haven't watched Friends yet, get binging on it right now. You can thank me later. 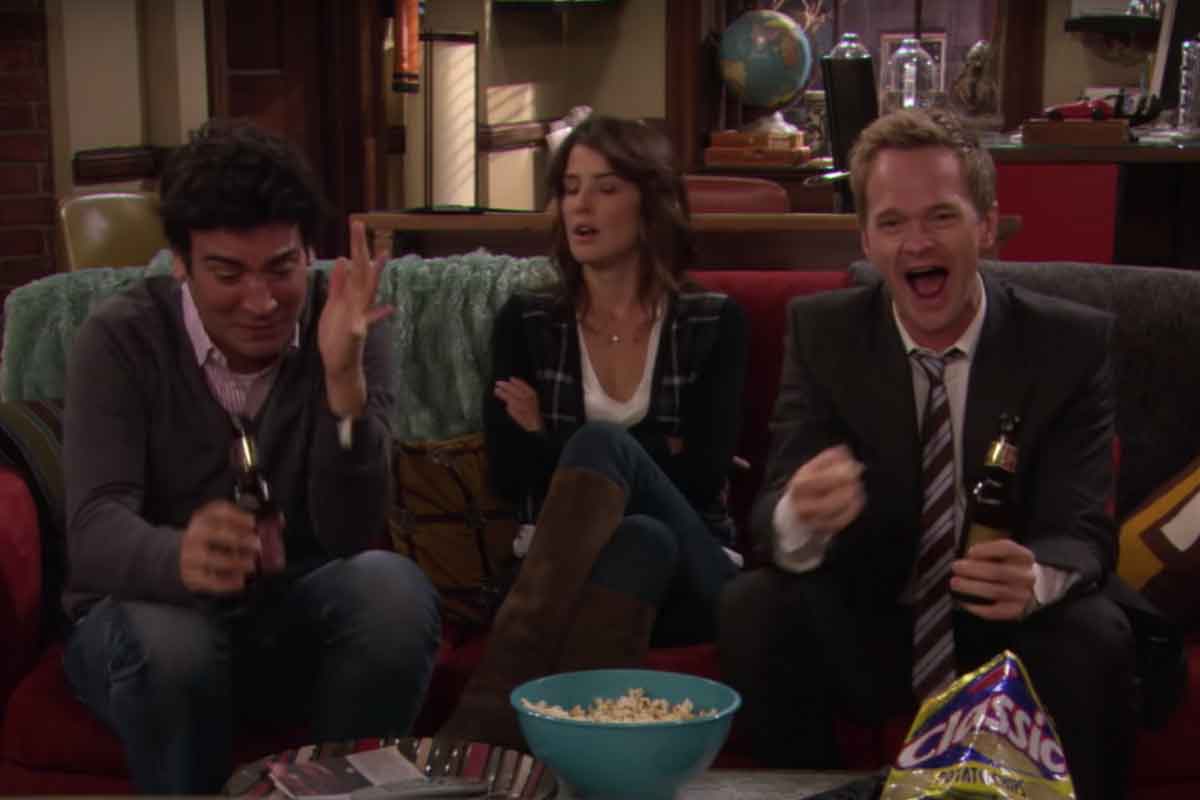 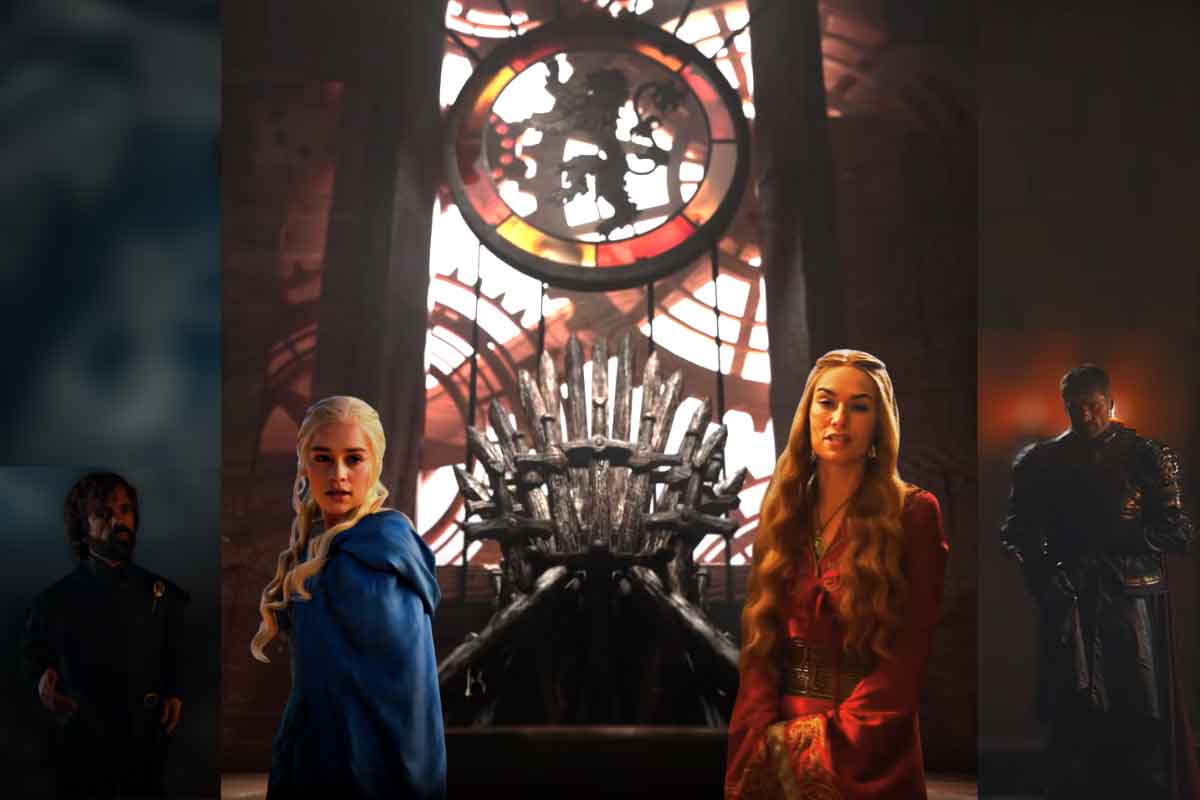 3
min read
Join Our Newsletter and Get the Latest
Posts to Your Inbox
Thanks for signing up. Welcome to the Club!
Oops! Something went wrong while submitting your email. 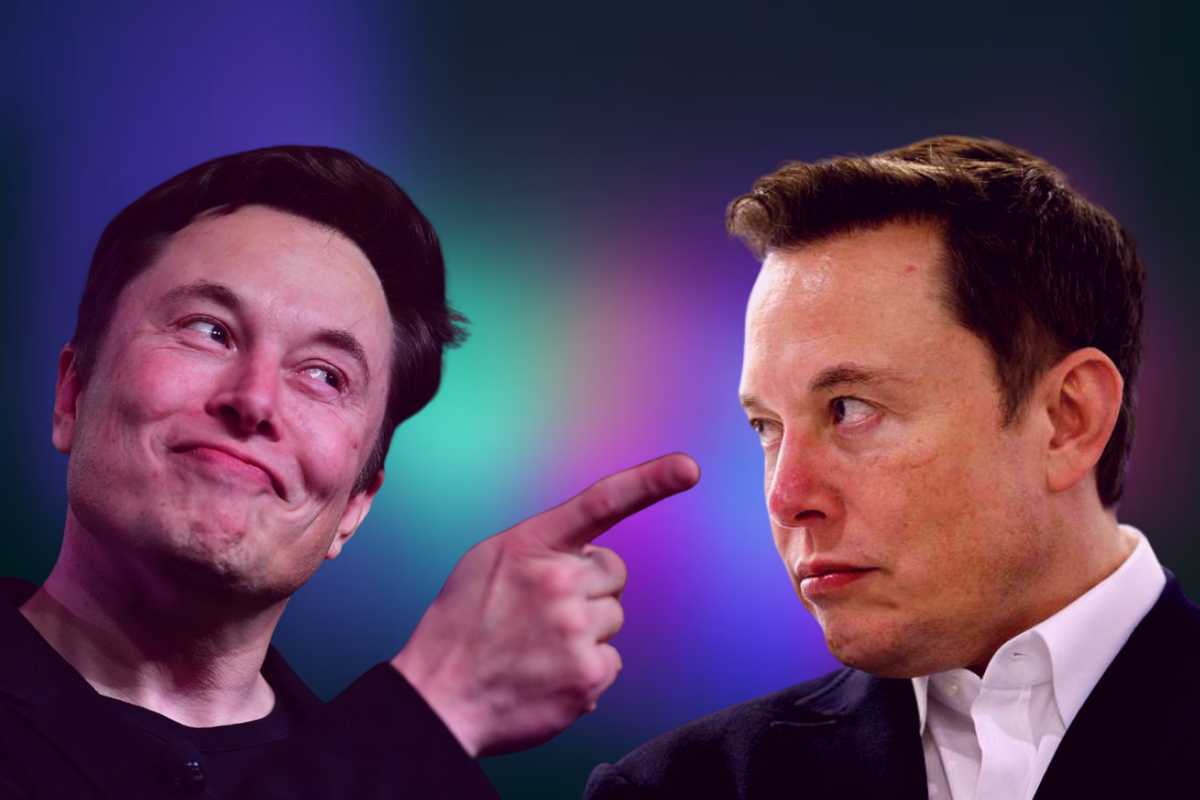 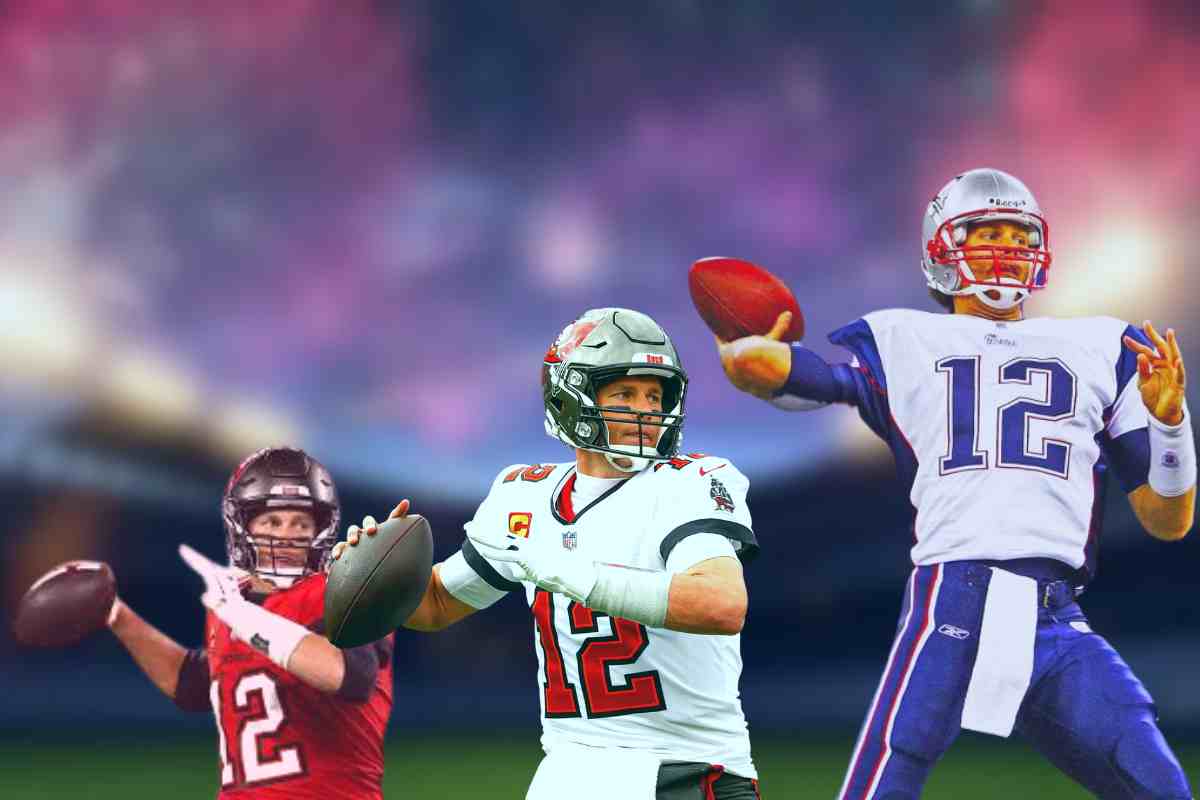